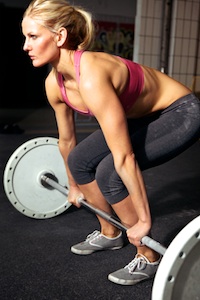 Have you been searching for a way to recover quicker from the pain you feel the day after doing intense exercise?  Grounding your body might be the best, if not the only known solution to recover faster from Delayed Onset Muscle Soreness.

I’ve searched around to see if any other studies revealed a method of faster recovery from this type of post exercise muscle soreness and couldn’t find anything that’s been proven to help with quicker recovery.  It’s pretty well documented that this type of muscle soreness results from doing very INTENSE workouts; or types of EXERCISE that are UNUSUAL for the person performing them.

The muscle pain can last as long as 96 hours but usually lasts between 24-48 hours after intense training.  Delayed onset muscle soreness, A.K.A. DOMS, is attributed to micro tears in muscle fibers, which create the inflammation and pain associated with condition, according to Dr David J Szymanski.

That’s where Earthing, or Grounding, your body comes to the rescue.  In 2010 the Pilot Study On The Effect Of Grounding On Delayed-Onset Muscle Soreness, conducted under Dick Brown, Ph.D., showed grounded subjects had a quicker recovery time from DOMS, than the ungrounded participants.

Paraphrasing from the Earthing book, this was the first time a shorter recovery period from DOMS was ever documented.

A number of measures were taken in this study of 8 healthy male participants to ensure accuracy of the results.  All 8 people were either grounded or sham grounded.

All of the participants ate identical amounts of the SAME foods during the study, ate at the same times of day, and slept during the same hours.  In addition all markers for analyzing were taken at the same time of day from each participant, and each subject was tested before they performed the exercises designed to produce delayed onset muscle soreness.

The exercise used to produce DOMS in the subjects is referred to as eccentric toe raises.  Each person had to do 2 sets of 20 with a barbell weighing a third of their body weight.  To do the exercise each participant put their toes on a 2 x 4 so their toes were about 2 inches higher than their heels.  Next they raised all the way up on to their toes and held the position for ten seconds before coming down and repeating it.  After 20 repetitions they were given a 2 minute break before repeating the routine again.  Can you see how that exercise could get your calves pretty sore?

At 24, 48 and 72 hours after the exercise the participants were analyzed in a number of ways, which included drawing blood, using magnetic resonance imaging and infrared thermal imaging.

A total of 48 markers were tested and 30 of those markers showed a consistent difference between the subjects that were grounded and those that weren’t, which the researchers noted would have a very LOW probability of happening by chance.

One of the most significant differences between grounded and ungrounded subjects who participated in the study had to do with their white blood cell counts.  In the book Earthing it’s noted, the inflammation response increases the number of white blood cells in the body.

The subjects who were UNGROUNDED had an anticipated INCREASE in their numbers of white blood cells at the time after exercising when DOMS is know to be the most intense.

The subjects who WERE GROUNDED experienced a DECREASE in white blood cell response at the time soreness should be at it’s PEAK.  The difference was 10%, 17%, and 18% in the white blood cell levels at hours 24, 48, and 72 after the intense exercise, between the grounded and ungrounded group.

In addition the GROUNDED subjects reported a consistent LOWER perception of pain at twenty-four, forty-eight, and seventy-two hours after the exercise than the ungrounded participants, and they could also take more pressure from a blood pressure cuff applied to their calves before reporting acute discomfort.

The researchers said the findings were significant enough to WARRANT a larger study.  Although nothing other than Earthing has proven to help with faster recovery from DOMS there are some things other things you can do to help ease the pain of post exercise muscle soreness.

As noted previously future studies on Earthing and Delayed Onset Muscle Soreness will be conducted, but the evidence from this pilot study has ALREADY made a pretty compelling case for quicker recovery from DOMS.

Will you take your chances with GROUNDING to help you recover you sore muscles?  Please leave any thoughts you have in the comments section below.

Read More Posts About Earthing In This Category.

The Author of this post is not a medical doctor and cannot give medical advice.  If you are seeking medical advice please consult with a qualified health care practitioner.  SyeRodriguez.com is here for educational and entertainment purposes only.