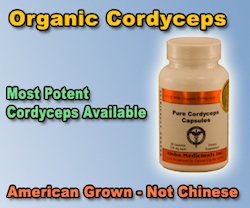 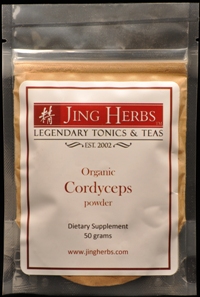 In a minute we’ll go over actual cordyceps side effects, but first let’s address something that is more of a concern; The source of your cordyceps is probably a more important consideration than their side effects.

If you purchase from a reputable source that tests their cordyceps for purity or cultivates the fungus themselves, you can be sure you don’t have any need for concern.  The main cordyceps side effect isn’t actually a side effect at all.  It’s when you get something in your cordyceps that’s not from the mushroom.

Cordyceps, because of their desired benefits, can be expensive.  Gatherers of wild cordyceps in Taiwan and China have been know to add undesirable substances into their findings to make them heavier so they can get paid more .

The worst of these undesirables is lead in the form of a wire inserted into the caterpillar and fruiting body of the cordyceps.  Lead is not found in cordyceps by nature; It only gets into the fungi if someone deliberately puts there to make their collected mushrooms weigh more.

Getting your cordyceps from a cultivator or reputable source that tests and knows the source of their product is the way to eliminate any accidental consumption of lead or other undesirable substances.

There are 2 connections to the very highest quality organic cordyceps listed on this page.  You can trust these sources completely.

The Known Cordyceps Side Effects

Cordyceps contain adenosine, which is a natural blood thinner.  If you are taking any blood thinning medications you may want

to consult with a practitioner experienced in herbal therapies to know if cordyceps sinsensis is something you want to include in your health regime.

Cordyceps are mainly known for their immune supporting properties, but their are a couple of other substances that have been isolated, specifically from the fruiting body of cordyceps sinensis, that have immunosuppressive effects.

In mice studies very high doses of cordyceps killed the mice.  These doses were 50 grams per kilogram of body weight.  For a 150 pound person this would be equivalent to taking about 3400 grams of cordyceps sinensis at once.

A suggested daily dose of cordyceps sinensis from the suppliers we recommend is between 1 and 4 grams per day, which is insignificant compared to 3400 grams.

The mice that were given doses of the cordyceps fungus that were much more suitable to their body weight showed increased learning ability and improved memory.  The moral of the story is “More isn’t always better!”

If you are taking any medications with corticosteroids you may need to speak with your doctor about adjusting the dose, before adding cordyceps sinensis into your diet, as they may increase the steroid effect of the medications.

What Is Cordyceps Fungus?

Deity Foods recommends only the best foods and best supplements!