Landing on this page about Earthing may open the door to one of the most important discoveries you’ve ever made about health.  Earthing is a relatively new understanding about how being grounded can benefit your health in ways people have not fully understood, until now.

In the book Earthing by Clint Ober, Stephen T. Sinatra, M.D., and Marthin Zucker, Clint reveals the profound insight he had one day when he was sitting on a park bench watching people.  It was that insight that brought about what you are about to learn.

While Clint Ober was sitting on the park bench that day, he took notice that nearly everyone wore shoes, including himself.  A simple thought about how wearing shoes insulated us from the ground, caused him to ponder what, if any, health consequences being insulated like that might have on us. 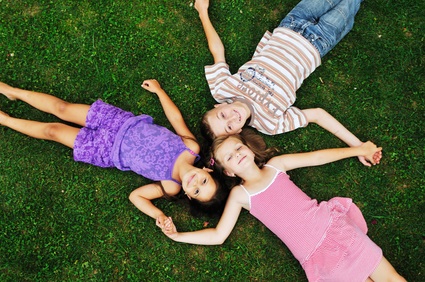 Clint was aware from his experience working in the cable industry for many years, to avoid interference from electromagnetic frequencies and get a clear picture on the television, the cable system had to be grounded to the earth.  It was these thoughts that led to the discovery of Earthing (being grounded as a human).

Clint probably didn’t realize how profound his discovery was in the early stages.  At first, he experimented on himself and realized he was able to sleep much more soundly when he was grounded.  Attributing his better sleeping to the fact that he was grounded, he decided to carry the experiment out on other people he knew.  It wasn’t long before Clint noticed, Earthing seemed to be helping people with more than sleeping.

On the cover of the book Earthing the subtitle is, The Most Important Health Discovery Ever?  With all of the research on earthing up to this point it seems the book deserves this title.  Once you experience it for yourself, you’ll most likely agree.  In fact, you have experienced Earthing already, but didn’t fully understand what it was.

Something profound about being grounded is your body fills with negatively charged electrons from the earth, very quickly, after you are in contact with it.  These electrons are antioxidants and benefit you in the same way antioxidants from food do.  What’s great about these antioxidants is they’re free if you just touch your bare skin to the earth.

Is There Real Proof That Earthing Works?

At this point there is plenty of proof that earthing works.  Let’s consider something that’s been observed over and over again, as a result of being grounded.  There is something called Zeta Potential, which is electric potential.  After being grounded for about 1/2 hour, human blood cells go from a state of what appears to be clumping together, to bouncing off of each other; This is that zeta potential in action.

This zeta potential has been observed time and time again, with the exact same results, whenever a person is grounded.  I was even there at the September 2010 Longevity Conference, and got to observe for myself.  Blood samples of people at the conference were taken before grounding and again 1/2 hour after they’d been grounded (earthed).  In every case the blood cells observed before grounding tended to stick together or were seriously clumped.  In all of the blood cells observed after grounding the cells were rounded and looked alive; They became magnetized and no longer clumped together.

This zeta potential, observed in the blood of those who are grounded, has serious health implications and many studies conducted by Clint Ober and his team seem to prove it.  One of the benefits of earthing is the effect it has on reducing inflammation in the body.  Inflammation is one of the causes attributed to countless health problems and diseases; Arthritis, Alzheimerʼs, Asthma, Autism, Cancer, Heart disease, Diabetes, Pain, and Pancreatitis are just a few.

In a study involving 12 subjects, cortisol levels normalized in all but 2 of the subjects.  It’s worth noting that one of the 2 subjects that didn’t experience this normalizing already had normal cortisol levels.  Cortisol, often referred to as the stress hormone, is normally lowest around midnight, and highest around 8 a.m.  It is what helps us to wake up in the morning, when it performs correctly.  Imagine if it’s highest at night; Then imagine tossing and turning all night and being exhausted in the morning.  Maybe you’ve experienced that.

In that same study all 12 of the subjects reported waking up less frequently, and 9 of them even said they felt more refreshed and had more energy during the days following nights they were grounded.  9 of the 12 people also said they had less stress, depression and anxiety.  (These statements are paraphrased from the Earthing book.)

I’ve been using 2 earthing devices at home and am experiencing the benefits of Earthing (Grounding) first hand.  These devices connect straight into the ground hole (the third prong hole) of electrical outlets that have them. I sleep much better grounded and I’m also able to work at my computer a lot longer without feeling frazzled.

Other benefits, like increased circulation and less pain in general are things I’m experiencing as a result of being earthed.  There are many other studies and observations written about in Clint Ober’s book Earthing.  Quicker wound healing and pain reduction appear to be directly related to being grounded.

People who are on blood thinners appear to be the only people who might need to use caution when using earthing products.  Earthing naturally thins the blood so it would be wise to consult with your doctor, if you are using blood thinning medication.  He/she may need to monitor you to see if there’s a need to continue using the medication.

What’s written here is barely doing justice to what’s in Clintʼs book.  I suggest reading it yourself.

Getting grounded is simple and free.  Take your shoes off or touch any other exposed part of your body to the earth and experience the benefits for yourself.  It takes 1/2 hour to begin to experience some of the greater benefits, but free antioxidants and some other benefits result almost instantly after being grounded.

To experience a practical way of being grounded for extended periods of time, you may want to purchase any of a number of earthing products. Earthing products are in high demand and it’s surely in your best interest to get one for practical purposes and the great benefits you’ll get from using one.

There are earthing mats, earthing bed pads, earthing recovery bags and earthing sheets; You can also get portable devices (earthing straps) which you can connect to your feet, hands or wrist anywhere you go, where there is an outlet you can plug into.  I’m currently using one while working on my computer, but an earthing mat is better for that purpose.

In my opinion, the best type of earthing product is a grounding sheet (earthing sheet).  With the earthing fitted sheet, like we have at our house, you can get grounded for the whole night while you’re sleeping.  However you do it, experiencing Earthing as much and as easily as you can is the key.

==>Click Here to Try Your Choice of Earthing Product Now<==

See How To Save On 2 Of The Most Practical Earthing Products.